Over the years several recordings have been made which cover different periods of the Choir’s existence from 78s, through vinyl LPs to Cassette Tapes and CDs. Recent CD recordings have been “Romantic Colne Valley, “light & Easy Colne Valley”, “Sacred Colne Valley” with Marsden Band featuring many well-loved hymns and sacred songs, and live recordings of the 2004 and the 2005 Christmas concerts at Huddersfield Town Hall with Grimethorpe Colliery (UK Coal) Band. These and others are available direct from the Choir.
Digital enhanced CD recordings of original vinyl LP records of the Choir from 1968 and 1970 have recently been professionally re-produced and these are available on a special value double CD from commercial record outlets and the internet.

Prices: CDs £10.00 (plus postage and packaging)
The latest CD recording. 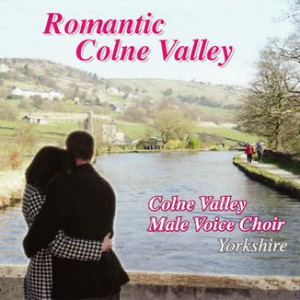 Following on from the ‘Light & Easy’ CD the Choir announces launch of this CD and is delighted to feature Soprano, Sarah Ogden in two of the items. Again the items are in a lighter vein with the theme this time being Love and Romance. Musical Director: Thom Meredith Accompanist: Keith Swallow True Love, Belle Marguerite, Perhaps Love, Nina, An Eriskay Love Lilt, Tribute To Ivor Novello (Soloist: Sarah Ogden), The Two Roses, Pratty Flowers (Holmfirth Anthem) (Soloist: Matthew W Houston), Love Changes Everything (Soloist: Thom Meredith), You Are The New Day, Can’t Help Falling in Love, Always On My Mind, My Love Is Like A Red, Red Rose. All I Ask Of You (Duet: Sarah Ogden/Thom Meredith). When I Fall In Love, Why Do Fools Fall in Love (Soloist: Thom Meredith), Love Could I Only Tell Thee. Soloists: Sarah Ogden, Matthew Houston, Thom Meredith

The Choir regularly introduces some lighter items into its concert programmes and highlights its musical versatility. It was decided to undertake a recording completely made up of such items and as a result nineteen are featured on this recording. The title of the CD was especially chosen to reflect this lighter and popular mood and the outcome is a very listen-able, exciting and enjoyable CD indeed.

Amen, Another Day, I Got A Robe, When The Saints Go Marching In, The Rose, Give Me That Old Time Religion, No Arms Can Ever Hold You, Vive L’Amour, The Wonder Of You, Alexander’s Ragtime Band, Plaisir D’Amour, Chattanooga Choo Choo, No Man Is An Island, Funiculi Funicula, Portrait Of My Love, Every Time I Feel The Spirit, You Raise Me Up, Softly As I Leave You, The Irish Blessing. Soloists: David Hirst, Raymond Ellis, Matthew Houston, Thom Meredith Percussion: Harry Meredith, Keyboard: Philip R Baxter, Guitar: Simon Durrans 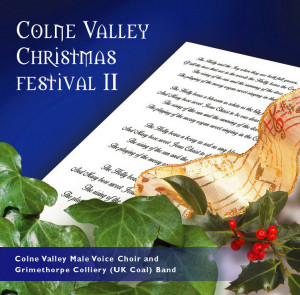 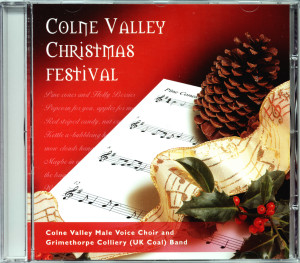 Let there be Light, Thank you my Lord, Jesus Shall Reign, I Was Glad, Take my Life, My Lord What a Mornin’, The Holy City, The Lord’s Prayer (Fanshawe), In Heavenly Love Abiding, The Old Rugged Cross, Breathe on me Breath of God, I Hear thy Welcome Voice, God is Working his Purpose Out, Give me that Old Time Religion, Praise the Lord his Glories Show, You’ll Never Walk Alone, Fourfold Amen. 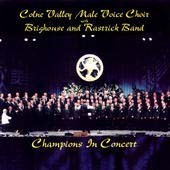 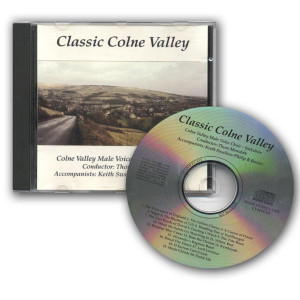 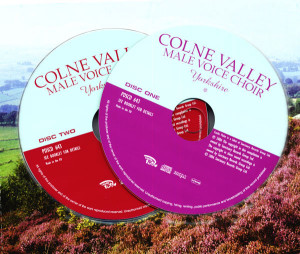 Double Album available from commercial outlets (stores & internet), not direct from the choir.

Disc One was recorded in 1970 with the Choir under the direction of the Choir’s Conductor at that time, John Gulley. Brass Ensemble and Percussion of the School of Music, Huddersfield Polytechnic, Accordionist: Brian Askew. Keith Swallow is the Piano Accompanist,

Disc Two features the Choir under the direction of George E. Stead, conductor of the Choir for 45 years. The original vinyl recording was released in November 1968 shortly before the sudden and untimely death of Mr Stead in the December of the same year. His composition Psalm 126 is featured on the disc. Accompanists: Piano Keith Swallow, Organ Roy Newsome

Disc One: Drinking Song, Rolling Down to Rio, When I think upon the Maidens, Go Lovely Rose, Uist Tramping Song, Sacramento, I dare not ask a Kiss, Simon the Cellarer, The Old Brigade, The Song of the Jolly Roger, The Two Roses, The Silver Birch, Linden Lea, The Sailors’ Chorus, The Happy Wanderer, My Love is like a Red, Red Rose, Comrades in Arms. Recorded in 1970.

Disc Two: Sound an Alarm, Matona my Beloved, I am a Roamer, A Roving, Night (Schubert), Psalm 126, A Farewell, O Sacrum Convivium, Ave Verum Corpus, Rejoice in the Lord Alway, Love could I only tell Thee, Feasting I watch, The Long Day Closes. Recorded in 1968

Excerpt from a Gilbert & Sullivan classic. The Colne Valley Male Voice Choir at the Scarborough Music Festival in 2015 – as usual with Keith Swallow at the piano and Thom Meredith conducting

Keith Swallow  plays an excerpt from –  ‘Dances for Piano’- his latest CD. Keith played a piece by Granados in his first solo spot as accompanist to the Choir, when he joined in 1957.  60 years on he’s still with us and still loves Granados

Colne Valley Men went on another recruitment tour for our CV Boys’ choir. In half a dozen local primary schools we had a great time singing with the kids and encouraging Boys to join us.

Our online spring concert goes live on Saturday April 3rd at 7.45.  You can view it here from that point onwards – we hope you enjoy it.